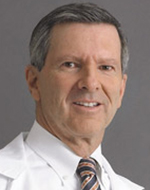 Strong interest in medical education having organized and served as the course director for the largest annual gastrointestinal update course in the Delaware Valley for the past 19 consecutive years. In 1992, honored by the American Society for Gastrointestinal Endoscopy and selected to be the director of the national postgraduate course held at the annual meeting of the American Society for Gastrointestinal Endoscopy in San Francisco, California. The course attracted over 2,050 attendees.

Author of the “White Paper”, which is currently still in use as the standard for reprocessing endoscopic gastrointestinal instruments to protect patient safety between patient procedures.