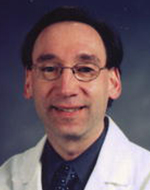 1983 American Board of Internal Medicine

1985 American Board of Internal Medicine Specialty Certification in Gastroenterology

Dr. Conn has been practicing gastroenterology and hepatology for 20 years. His major areas of clinical expertise include diseases of the pancreas,liver, gallbladder and bile ducts. Disorders of the small bowel including Crohn”s Disease and obscure gastroointestinal bleeding, and Ulcerative Colitis.

In addition to having expertise in standard endoscopy and colonoscopy, Dr. Conn is highly trained in advanced endoscopic procedures including ERCP (Endoscopic Retrograde Cholangiopancreatography), Capsule Endoscopy and Double Balloon enteroscopy. He is the Director of Endoscpic Training for the Gastorenterology Fellowship Training Program.